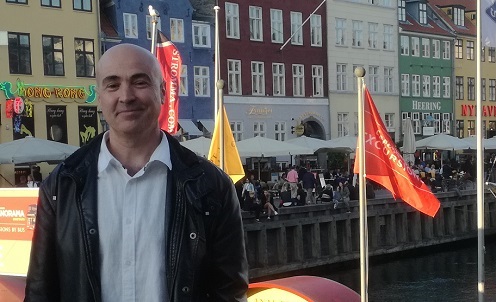 Professor Jorge Ruiz-Carrascal is among the best meat technology experts in the world and has published more than 100 peer-reviewed articles listed on Web of Science.

Jorge Ruiz-Carrascal has been employed as Professor of Meat Technology at the Department of Food Science (FOOD) at the University of Copenhagen since 2013 – a position that was funded by the Norma and Frode Jacobsen’s Foundation for a five-year period. For personal reasons he had to return to his previous position at the University of Extremadura (UEX) in Spain after a four-year period at the end of August 2017. The Norma and Frode Jacobsen’s Foundation has, however, kindly agreed to finance Jorge Ruiz-Carrascal’s position as an affiliated professor at University of Copenhagen, and here he will lecture on courses titled Meat Products & Innovation and Meat Technology & Packaging. He will also continue his research as well as co-supervising students. Master’s students will have the opportunity to visit UEX, too.

After your return to the University of Extremadura you will continue as an affiliate professor here at the Department of Food Science – why is that?

“I think that both the Department of Food Science and I are interested in keeping the collaboration. For FOOD it is important to keep high standards in teaching, research and business cooperation in the meat area and for me it is a great opportunity to continue to work in this environment which I love, continue the collaboration with the companies and colleagues and teach and supervise here at FOOD at least for the next two years,” says Jorge Ruiz-Carrascal.

The Department of Food Science sees it as a great opportunity to strengthen the bond with the meat sector in Europe, which will also benefit the institution's partners in the food industry.

“From the beginning my position was to build links between academia and industry. And in addition my new position here can link to other companies in Spain and the other way around, so I think this collaboration will also be good news for the meat sector in Denmark,” says Jorge Ruiz-Carrascal.

He is already working on several EU applications in which both University of Copenhagen and University of Extremadura will be partners.

What are you mostly working with here at FOOD at the moment?

“One very important line of my work is to add value to the side streams in the meat industry. We have focused on good flavour – and are working on finding out how the flavour is formed and how it can be improved. Another line of my work is more related to ingredients used to process the meat, and here we are aiming at reducing the amount of salt and also on improving the flavour. We want a better understanding of which kind of compounds can provide a stronger flavour and how they are formed.”

The idea is that you are going to collaborate with a new professor with special responsibilities in the economics/business economics side of food from the Department of Food and Resource Economics (IFRO), also here at the Faculty of Science, is that the case?

“Yes, we expect that the new professor will have a focus on the meat sector and that we can collaborate when it comes to both research and teaching, so that we here at FOOD bring the technology angle and IFRO brings the economic aspects. With this constellation I think we can make very strong applications to the funding boards,” says Jorge Ruiz-Carrascal.