Danish professor receives Japanese order for his research and communication

Professor of gastrophysics at the Department of Food Science at the University of Copenhagen, DSc. Ole G. Mouritsen, has been decorated by the Japanese government with ‘The Order of the Rising Sun, Gold Rays with Neck Ribbon,’ which is the oldest Japanese national order. 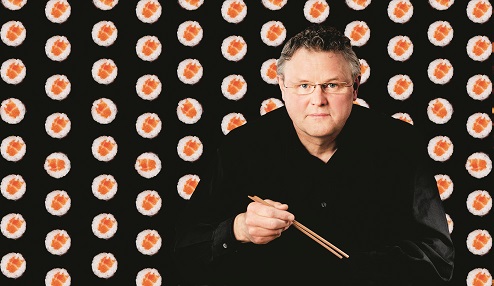 Ole G. Mouritsen, who is the director of the Danish Center for Taste (Taste For Life), has written several books about Japanese food and food culture, including about sushi, umami and tsukemono, several of which are award winning and are published in English, German, French and Chinese.

In 2016, the Japanese government appointed him as an international goodwill ambassador for Japanese food and food culture and now comes The Order of the Rising Sun.

“I am particularly pleased with this honour for two reasons. Firstly, because it is based on my efforts over a number of years to spread knowledge about Japanese food and food culture both in Denmark and internationally. Secondly, because this order is rarely given to scientists and the justification refers to my research about Japanese food,” says Ole G. Mouritsen.

The order was established in 1875 by the Emperor of Japan and is awarded by the Japanese government. It is shaped like a red sun with rays of gold or silver, symbolising the rising sun.

The Order of the Rising Sun is Japan’s third highest decoration and the highest awarded to those who are not heads of state or politicians.

Professor Ole G. Mouritsen is president of the Danish Gastronomical Academy as well as a Japanese Cuisine Goodwill Ambassador appointed by The Japanese Ministry of Agriculture, Forestry, and Fisheries in 2016. To date he has supervised 43 PhD students in physics, physical chemistry and pharmacy. He has published approx. 400 scientific articles and reports within food research and gastrophysics, physics, physical chemistry, biophysics, biochemistry, materials research and drug research.