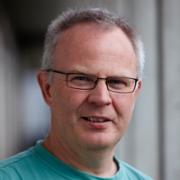 I have a degree in agronomy (1989), a PhD in molecular genetics (1993) and has worked as postdoc, in Copenhagen and in Sheffield, UK. My interests are photosynthesis, in particular the composition and function of the photosystems, chlorophyll biosynthesis and chloroplast biology.

In 2006 I became independent group leader. I have worked on elucidation of the function of photosystem subunits and characterization of enzymes in chlorophyll biosynthesis. More recently, my focus has been on synthetic biology and metabolic engineering in photosynthetic organisms. Specifically we have combined cytochrome P450-dependent biosynthetic pathways and photosystems in both chloroplasts and cyanobacteria to achieve redirection of photosynthetic electrons towards new pathways. In these projects, the pathways use light-dependent reducing power generated by the photosystems directly.