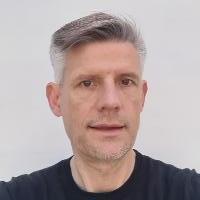 My primary research area is meat science with focus on obtaining a better understanding of the basic biochemical mechanism that is influencing the quality of raw meat and meat products. My research is also focusing on improving sustainability in the slaughter industry.

I am an expert in the use of proteomics in meat science and have experience with different types of gel electrophoresis and mass spectrometry used in proteomics.

“Enzymatic hydrolysis of blood for protein rich supplements” Post doc project financed by Future Food Innovation and Danish Crown Ingredients (2015-2016). The object is to establish an enzymatic based extraction of the protein part of haemoglobin.

“NEXIM – New x-ray imaging modalities for safe and high quality food” Financed by FøSU (2012-2016). The object is to investigate the potential of using phase contrast X-ray in the food industry.

The object is to investigate the potential of using Raman for quality monitoring in the meat industry.

“Characterization of the key enzymes involved in the post-mortem glycolysis”, PhD project financed by KU-LIFE (2009-2012).

The Object is to identify the key enzymes during the post-mortem glycolysis by monitoring changes in protein phosphorylation.

The object is to investigate the use of modified fat to improve meat products.

“Protein Modifications Related to Meat Quality”, Financed by the FTP under the Danish Research Agency and the Danish Meat Research Institute (2006-2008).

The object is to investigate the relation between protein modification such as oxidation and phorphosrylation and meat quality.

“Proteomics as a Tool to Characterise Markers for Proteolysis in Meat Tenderisation”, Financed by FELFO under the The Danish Research Agency (2003-2006).

“Fungal stress response in relation to preservation of meat products”, Financed by the graduate school FOOD, DTU, and the Danish Meat Research Institute (2005-2008).

The object of the project is to investigate the effect of selected stress factors on traditional physiological characteristics and metabolism and then compare this to changes in the fungal proteome. This is expected to give new insight in the basic mechanisms of fungal stress response, which can form the basis of a new approach to preservation

The object is to investigate the influence of different feeding strategies on meat quality in organic pig production.