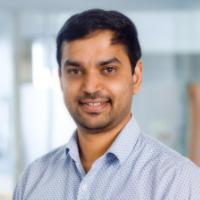 His research interest lies primarily in the area of food protein chemistry, protein oxidation, food chemical toxicology and food analytical chemistry. He is skilled in gas and liquid chromatography based method development and validation. He is also interested in conventional and non-conventional food processing, extraction and analysis of bioactive compounds and, GC-MS and LC-based metabolomics.

His current work is focussed on the improvement of the quality and stability of dairy products by thermal and non-thermal food processing. He is also working on understanding the chemistry of protein modification/oxidation during food processing. This also includes exploring the mechanism of protein-polyphenol interaction in dairy foods.