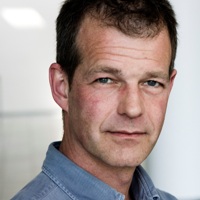 Awarded by His Royal Highness The Prince's Foundation for individuals who have increased the prestige of Denmark in research.

Awarded "Top Cited Author in Computational Statistics and Data Analysis 2005-2010" for the paper "A comparison of algorithms for fitting the PARAFAC model, 2006"

3rd Elsevier Chemometrics Award 2000 for noteworthy accomplishments in the field of chemometrics by younger scientist, presented in Antwerp

Special award for contribution in making chemometric information available through the Internet, given at SSC5, Finland, 1997.

2010 - 2014. Chemometric group is the major player in one of five strategic research initiatives at the faculty (Chemometrics and biostatistics - CHANCE CHemometric ANalysis CEntre, www.chance.life.ku.dk).

2010 - 2013. Chemometric group is heading one of the eight identified socalled elite research areas at the faculty. This area is called "Chemometrics, biostatistics and multivariate data analysis".