New research from the Future Consumer Lab at the University of Copenhagen shows that virtual reality can be a powerful tool for food research and for companies that want to test new food products in different environments. 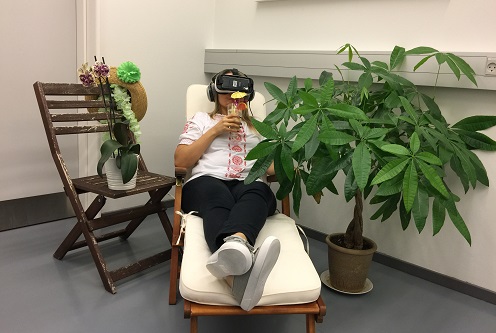 Virtual reality (VR) is becoming a ‘game changer’ when it comes to sensory and consumer science. By using carefully designed film recordings and VR glasses, you can optimise consumer tests to make them even more useful for both researchers and food companies, shows new research from the Future Consumer Lab at the Department of Food Science at the University of Copenhagen.

‘Our research shows that virtual reality is interesting for product development in the food industry and that the food industry should take these tools very seriously in the future. They offer great potential for seeing how certain products fit into simulated contexts that feel real to the testers. If you want to develop food products for a new market, you can use virtual reality to see whether the target audience likes the product and how enthusiastic they are about it,’ says Professor Wender Bredie, who leads the Future Consumer Lab at the University of Copenhagen.

Imagine sitting in a booth in a neutral room and choosing between two cold drinks. This is how a typical consumer test is conducted and your choice will show what you prefer right then and there surrounded by white walls. But the researchers know that this kind of test does not tell the whole story of our choice. The surroundings also have something to say and it certainly matters whether you are sitting on a sunny beach or skiing in the Alps. But it can be both expensive and difficult to travel around the world with test subjects and equipment because you want to test a product in the context where you expect a product to be most useful.

The current study confirms that you can use virtual reality to create desire for drinks.

‘It is completely new research for our field. Some have looked at preferences – that is what you prefer – but here we have looked at how you can stimulate consumer product engagement, which is one of the core research areas for our new Future Consumer Lab at the University of Copenhagen,’ says Professor Wender Bredie, who believes that it is only a matter of time before virtual reality will be used worldwide for research into consumer desires – and also as a tool to investigate what can get us to make healthier choices. 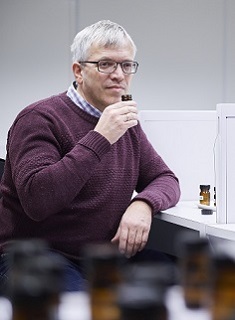 A new study conducted by Professor Wender Bredie and his team from the Department of Food Science at the University of Copenhagen shows that virtual reality could be a game changer when it comes to researching consumer habits and sensory science (the way we experience food – taste, smell, hear (for example, when it crunches), see and feel it).

Virtual reality felt real for most

In the study from Future Consumer Lab, 30 women and 30 men were presented with a variety of drinks twice at a week’s interval. The first time they chose drinks while they imagined they were on a beach. To help them imagine this, they were presented with a photo of a beach. The second time they saw the beach using virtual reality. (See the box for a further description of the study and a link to the research article.)

In total, 60 women and men (30 of each gender) over the age of 18 acted as test subjects. They were asked to choose drinks in three different test scenarios:

In these environments, the test subjects were asked to express their desire for a variety of beverages (coffee, tea, juice, soda and beer) on a scale of 1 to 10. The scale ranged from ‘no desire’ to ‘a very strong desire’. The research showed that the participants had more of an increased desire to drink something cold when they were in the virtual reality scenario than if they were just shown a photo of a beach. The virtual reality scenario also gave participants a more realistic feeling of being on the beach and made them more engaged in relation to the products.

The research was carried out in the Future Consumer Lab at the Department of Food Science at the University of Copenhagen.

The title of the article is: ‘Desires for beverages and liking of skin care product odors in imaginative and immersive virtual reality beach contexts’.