How do you harvest ants from an anthill in the forest? How does trading occur with insects in Thailand? How does an ant taste? Why does it make sense to harvest drone bee larvae, beyond the reason that they taste good? These questions, and many more, are answered in the new book from Nordic Food Lab, "On Eating Insects - Essays, stories and recipes", which is published at Phaidon, on May 1, 2017. 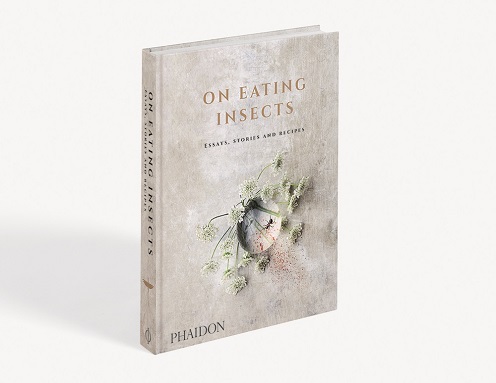 ”On Eating Insects – Essays, stories and recipes” is published at Phaidon, on 1 May, 2017. The book, which can already be pre-ordered via the Nordic Food Lab's website, has a preface by Nordic Food Lab co-founder, René Redzepi. Picture: Phaidon.

The book marks the end of the long journey that the authors have taken throughout the project "Deliciousness of insects," that began in 2013, and officially ended in May, 2016. The project was funded by The Velux Foundations.

"The book is a summary of our way through the project and now stands as a kind of monument to it. There has, of course, been much more output in the form of scientific journals, presentations and lectures. Each of which describes parts of the project but the book is where you can get an overview of the whole project," says director of the Nordic Food Lab and co-author of the book, Michael Bom Frøst.

The book contains a series of essays, some of which are scientific while others are more political, and others again personal. You can read about the authors' travels around the world to explore the insects as part of the food system. 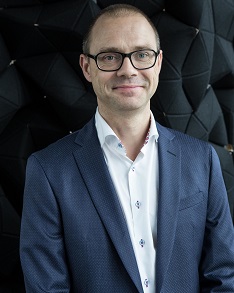 Director of the Nordic Food Lab and co-author of the book, Michael Bom Frøst.

“You can be very clinical and scientific about eating insects. But, eating is also a part of our culture and, if you want to know how people use insects in cooking, you do it best by talking to those that cook with insects. The essays expands the topic so it becomes a greater and more coherent narration and the story about insects as an ingredient in our meals also becomes a story about diversity,’’ says Michael Bom Frøst.

Eating insects is a pleasure

Nordic Food Lab is interested in deliciousness and use taste as an argument for eating a specific ingredient or dish – also when it comes to insects. It is not so much about insects in relation to sustainability or as a good source of protein – although, these are also important topics. Former member of the Nordic Food Lab and co-author of the book, Josh Evans, describes in the book how much he enjoys eating fresh bee larvae, as cited from the book:

“I peeled off a section of comb and, with a finger, gently brushed out a plump, white larva, and put it in my mouth. Its skin burst delicately on the tongue. It was smooth and fatty, with faint flavours of honeydew melon, raw hazelnuts, avocado. A slight sweetness, and lingering savouries. The texture was bewildering: it had a kind of luxury. I ate another, slowly, as the sun’s light and heat bled through my closed eyelids”. 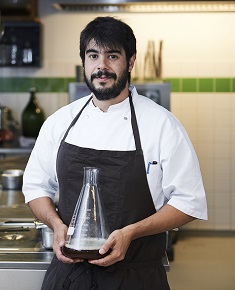 Head of culinary research and development in Nordic Food Lab and co-author of the book, Roberto Flore

“It can be tricky as the Nordic audience often don’t have a reference. It is not parsley or tomato - a cricket tastes like a cricket and you need to work hard to create something people really understand, when they don’t know crickets. So, from a chef’s point of view, it is like opening a book of something new. Therefore, it is important to obtain cultural knowledge. I mean two billion people in the world are already using insects in their food. For them, it’s not new but something in their culture. So, a lot of knowledge is already available. And, when another culture has something to share, it means that you are setting a new total for the sum of knowledge,” says Roberto Flore.

Author of the book and Head of culinary research and development in Nordic Food Lab, Roberto Flore, rf@nordicfoodlab.org

Please note: Collecting and eating wild insects from nature may entail a risk of transfer of parasites and/or bacteria.

Nordic Food Lab investigates the diversity, pleasure and taste connected to food. The laboratory, which was established in 2008, combines scientific and humanistic approaches with culinary techniques from around the world to explore the edible potential in Scandinavia. Since November 2014, Nordic Food Lab has been a part of the Department of Food Science (FOOD) at the University of Copenhagen.